Menu
Menu
Free delivery on all orders over £50! | Free Returns
Sign in | Register | About
Shopping Bag (0) Sub-Total: £0.00
You have no items in your shopping bag.
Menu
Search
My account
Personal menu
Previous Post Bonus bonanza, Bath empty handed and Big lads squeeze a win Next Post BURNS, STINGS AND BLOODBATHS - EUROPE IS BACK! 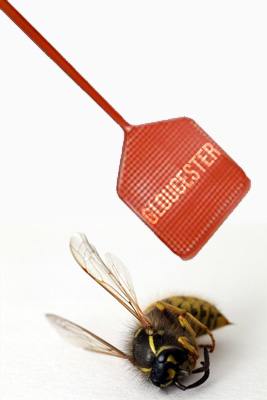 Just what we needed this weekend with upsets at The Ricoh, a tight and niggly affair at the Stoop and a brutal crushing at Sixways.

The Exeter chiefs side marches on with yet another bonus point tucked into their headdress and left Bath needing some more cement and bricks to build   their ‘fortress’.  To Bath’s credit they played incredibly well with massive physicality and a rush defence that threw Exeter off their stride.  They would have beaten most other teams with that display.  Exeter is not just any team though and consistency, team work and structure saw them through.

Danny Cipriani once again put on a show no doubt enjoying being back at The Ricoh and showing the Wasps fans exactly what they are missing.  One of many key men missing for Wasps was their expensive New Zealand import Lima Sopoanga heir apparent to Danny and that showed.  However Wasps were strangely out of sorts and Gloucester were in fine form.  Some of the running and handling from Gloucester was a joy to behold and the forwards all did good work in the engine room.  Cherry & White fans won’t be getting carried away especially after last week’s home loss but encouraging signs are plastered all over this side and as the team gels  that elusive consistency should arrive.

A heart warming occasion at Twickenham where the rugby family pulled together for Rob Horne injured last season in the opening minute of a game against the Tigers.  The Saints and ex Wallabies centre picked up a devastating injury with a freak incident which has left him permanently disabled without the use of one arm.  Sobering indeed and a sharp reminder of the potential dangers players face everytime they lace up their boots and run out onto the pitch.  I feel the dangers have increased over the years as collisions have become more important in a game so players bulging with gym built muscle are crashing into each other with ever more ferocity hoping to smash the ball carrier back and dislodge the ball.  With the breakdown becoming too much of a penalty hub teams see this as a better opportunity to turn over the ball.

The game itself at Twickenham was a strange one.  Once again you felt Leicester were a bit lucky to win it with the opposition once again missing crucial kicks.  Dan Biggar for Saints is a very fine player indeed with a decent kicking record but he missed all three conversions of the Saints tries which ultimately cost the team dear.  Tigers still have not quite gelled and rely on individuals such as George Ford to keep the show on the road .  The defence has still not been sorted out either and they are probably still 12th in the league for tries conceded.  Worrying times despite the win and it will be anxious moments over the Autumn internationals when their Red Rose contingent disappear off to Twickenham.

The good ole USA was treated to a live Premiership game beamed from the Twickenham Stoop and I wonder what they made of it.  In tough weather conditions and featuring two sides who clearly saw this as a re-commencement of hostilities it turned into a real niggly arm wrestle with intense physicality and big hits that I am sure would have impressed watching Americans.  Sad to see USA Eagle Paul Lasike knock himself out whilst tackling 120kg of Australian beef in the shape of Will Skelton.  Lasike likely just got his position wrong going low on Will and as can happen he smacked his head onto Will’s knee.  Ouch!

The game itself was a revelation for Quins fans used to seeing their team run it from everywhere whilst throwing beautiful little back handed off loads.  This was a very different Quins – tough, fiery and physical and not taking a backwards step.  Not surprising really but ex Sarries coach Paul Gustard has made Quins almost Saracens like in their defence and they tackled with a ferocity not normally associated with the quarters.  Match Saracens physically and you are always in with a chance and Quins so nearly pulled off yet another home win against Saracens which would have made it 4 in a row.  Given the tense, close nature of the match it was all the more surprising when Billy Vunipola confessed to the referee that he had dropped the ball in the act of scoring.  As ref Luke Pearce has already signalled his intent to refer to the TMO most players would have thought it was worth a shot as often the angles are not all covered by the cameras However Billy – bless him – knew he hadn’t scored and simply played it straight rather than waste time reviewing it.  Interesting one and very similar to a batsman walking in cricket - something most captains would hate their team members to do!

Bristol Bears after starting with a flourish in this league are now suddenly looking vulnerable.  As you would expect from coach Pat Lam his team attacks with verve and a-lot of nerve often running the ball from under their own posts.  The harsh reality is you can’t do this in the Premiership. The Bears defence was woeful and the Worcester Warriors attack was blistering. The home side just ran through Bristol scoring the bonus point try just before half time and going up to ratchet up over 50 points. Most people’s pick for the team most likely to go down, Worcester looked nothing like a candidate. Worryingly for Pat Lam Bristol did.

So the first block of Prem games are done and dusted and now we turn to the Heineken Champions Cup. So get the passports out and off we go this weekend for another European adventure.