Menu
Menu
Free delivery on all orders! | Free Returns
Sign in | Register | About
Shopping Bag (0) Sub-Total: £0.00
You have no items in your shopping bag.
Menu
Search
My account
Personal menu
Previous Post TWO OUT OF THREE AIN'T BAD PLUS WASPS STUNG BY TMO Next Post GATTS GRAND SLAM HEROES AND FORTRESS TWICKENHAM INVADED

Marauding Manu, Scrappy Scots and the luck of the Irish

First things first, let us start this week’s blog off with a visual aid… 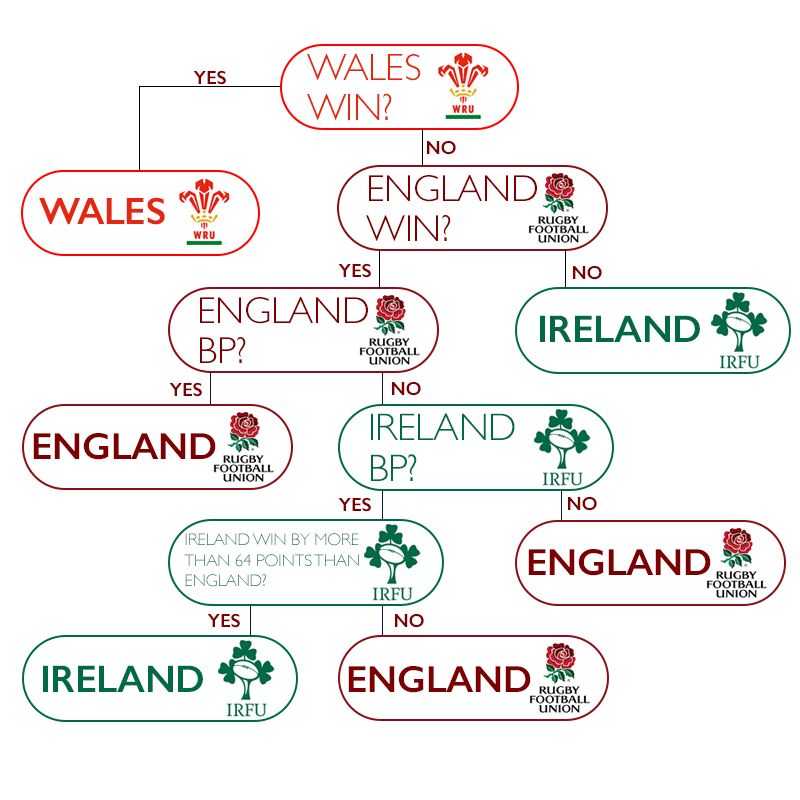 The various permutations of this 6N are truly incredible! Okay then, so now that’s all cleared up let us get down to the business of last weeks wonders!

Much more impressive rugby out of the England camp last week and despite the somewhat expected result it was refreshing to see both the effectiveness of crashball and the finesse of the kicking game playing their part in a convincing victory. My only criticism would be the fact that we probably kicked a little too much ball when significant ground could have been made up with ball in hand. I think had we been playing a more organised set of backs then we could have been punished for this.

Whilst the performance all round was encouraging for this weekend, there are still kinks to be worked out prior to the RWC and I can see that Jones will be working hard to ensure that the breadth and depth of the playing squad remains strong between now and then. The resurgence of Manu and emergence of Cokanasiga are bound to put a smile on his face and the squad on the whole are looking very, very good indeed. The crucial fixing point for the squad now, is to play the full 80, week in week out. When England are on it, they are unstoppable, literally the best all round squad in the world (bold statement) but it is the inability to maintain the same performance that hampers them. New Zealand are masters of consistency, which is the main reason they are consistently world number 1.

As for the other two games last weekend, it was one of those weekends that produced the perfect storm for one of the tightest finales to a 6N I can remember in a long time. No bonus points for Wales and Ireland not seizing the opportunity to rack up a cricket score against a stuttering France side, means that literally everything is on the table for the top 3 going into this weekend.

Wales have, much like England, produced a great combination of ball in hand pressure but instead of relying on their ability to kick and chase, they have ground their opponents into submission by maintaining a defence that is tighter than the two coats of paint and so far it has worked.

Ireland have form when it comes to raining on the parade of a potential grand slam and I should imagine that every English rugby supporter up and down the land will be hoping and praying that the Irish can pull it out of the bag again this year, just not by more than 64 points than England.

Scotland have been known to be a bit of banana skin for solid opposition in the past and it will be an upset of epic magnitude if they manage to pull off their first victory against England at Twickenham in 36 years. Whilst a betting man would comfortably stake the mortgage on England coming out on top, Scotland have impressed lately but as they are currently carrying more injuries than your local accident and emergency department, England will be searching to run up a pinball score to fend off the chance of Ireland scraping the championship with bonus point drubbing of the Welsh.

Suffice to say, whatever happens this weekend I’d imagine that there are going to be some severely frayed nerves and broken television sets up and down the country after this weekend. Glorious!