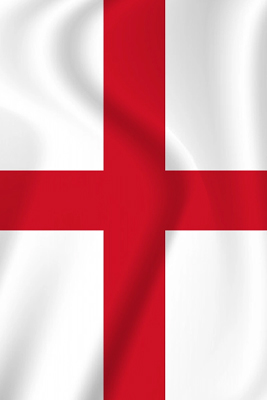 No mixed feelings – I want England to win this

Some people have said to me recently ‘surely if England win, you will have mixed feelings about 2003 being overshadowed?’ - they could not be more wrong. I can honestly say there will be no one more passionately cheering on the boys on Saturday to win the damn thing!

Back in 2007 as we desperately defended our trophy, nearly managing to pull off what was probably a totally unexpected victory - I did not think for a second it would take quite so long for England to get the chance to lift the trophy again. As a player and an ex captain my pride in the shirt and what it stands for makes me want this new generation to get the reward they deserve. Its life changing winning a World Cup and these lads, if they do, will have done it the hard way knocking over all three of the top southern hemisphere sides.

My love of the game means what thrills me is seeing my sport on the front pages, all over the internet and hearing people who don’t follow rugby chatting about our chances on Saturday. Just love it. Every England fan wants to see us at the top in our national sports and what struck me was something I saw online saying 4/5 years ago England crashed out of the Football, Cricket and Rugby World Cups. Yet just four years later we have seen the football lads reach a world cup semi, cricket lads win the Cricket World Cup and rugby into a final for the first time in 12 years. Awesome!

The stats can scare you when you hear no team has ever knocked the All Blacks out of the tournament and then gone on to win it. Common belief is the effort it takes to do that, both emotional and physical, squeezes you dry for the final and leaves you unable to raise the level of intensity. On the flip side no team losing a game in the pool stages has gone on to win either - so safe to say one of the stats is getting blown out of the water…

As for losing any intensity for the final - that is not going to happen with Eddie’s team. We all saw their demeanour after beating New Zealand. No triumphant laps of honour, no overreaction or mass celebration. Job done. Move on. It is all eerily reminiscent of 2003 where after beating France in the semi we did not celebrate and just saw it as one more game before the final. This 2019 version of England look calm and composed and focussed only on the Webb Ellis trophy.

South Africa can play a bit more than they showed on Sunday against Wales where even as a big hairy forward I thought it was a pretty negative game plan. Looking at the teams - the Boks are coming with a mission to grind England down. Nothing says that more clearly than loading your bench with 6 forwards. It’s a statement of intent on how you are going to play but whereas this tactic worked against Japan and Wales who had lightweight benches England can bring their own muscle off the bench with Kruis, Cole and Marler.

Eddie picking an unchanged side sends out a message to the Springboks which to me reads- We are not afraid of your size or power, so we have no need to swop out Ford for Faz or Lawes for Kruis. My guess if it is another high tempo game with our little magician George Ford aiming to get the South African big lads running all over the pitch and our chasers and back row harrying them.

Huge confidence in this England side but just because they are undoubtedly a better and more rounded side than the Springboks guarantees nothing in a Final. In 2007 South Africa were the clear favourites and a better team than us but it counted for nothing on the day. However, Eddie Jones knows South African rugby and is whip smart as a coach. He will have a multitude of plans on how England can deal with the physicality coming their way. Let’s be honest he did it with Tier 2 nation Japan with much less talent at his disposal.

Danger man for England will be the phenomenal winger Cheslin Kolbe who can be that creative spark for South Africa. However, it will be his individual brilliance they will rely on and I can see England having a plan to shut him out of the game. They will need to cut off the passing channel to him and not kick to him in space.

So, my friends here we are. Tomorrow morning in Japan one team is making history. My hopes are that after tomorrow no one is still talking about 2003. C’mon England – let’s do this!